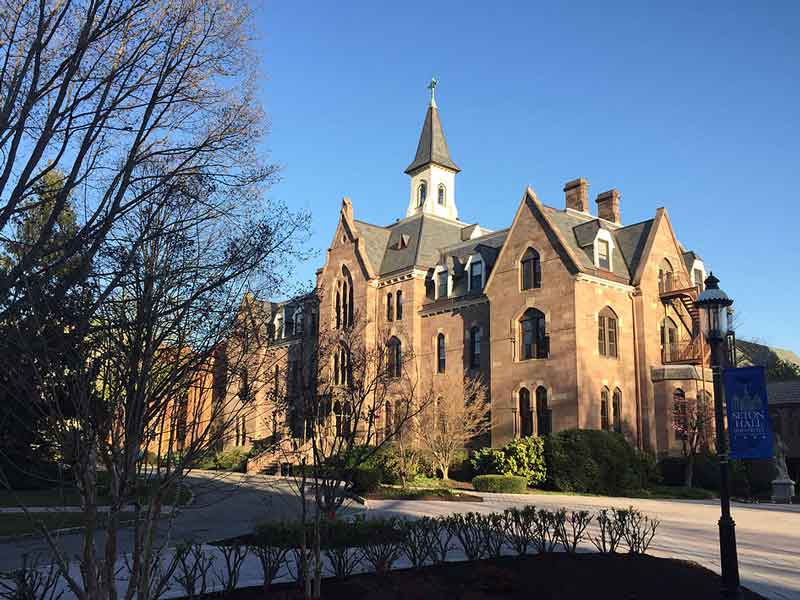 Seton Hall University in South Orange, New Jersey, has added a new chapter of the Society of Catholic Scientists at the university.

The group is an internationally scholarly society with the aim of fostering “fellowship among Catholic scientists and witnesses to the harmony of faith and reason.”

The group aims to continue the work of Father Stanley Jaki, who was a professor of physics at Seton Hall and a world-renowned theologian having won the Templeton Prize for “his immense contribution to bridging the gap between science and religion, and his making room, in the midst of the most advanced modern science, for deep and genuine faith.”

Jaki died in 2009 and was named one of five Catholic scientists that “Shaped our Understanding of the World” in 2018. The other four were Canon Nicolaus Copernicus, Father Gregor Mendel, Father Giuseppe Mercalli and Monsignor Georges Lemaître, who were respectively responsible for our understanding that the sun is at the center of the solar system, the experiments with pea plants that led to the discovery of hereditary trait patterns—the foundation of modern genetics, a seismological scale that accounts for human impact, and the development of the Big Bang Theory.

At Seton Hall, Professor Lopez is an internationally recognized expert in microplasmas and has served as principal investigator on grants from a multitude of organizations including the National Science Foundation (NSF) and the Air Force Office of Scientific Research. He is the founder and director of the Laboratory for Electrophysics and Atmospheric Plasmas (LEAP) at Seton Hall.

Father Buonopane has held several positions in academia, the federal government (US FDA) and food and pharmaceutical companies for his food chemistry expertise. His research has led to a deeper understanding of the deterioration of food lipids, the role of essential oils as natural antioxidants and, in collaboration with Professor Lopez, the effect of cold plasma treatment of botanicals. Father Buonopane is the recipient of a University Research Council Grant for his work with cold plasmas and sweet basil.

Father Laracy is an inaugural fellow of the International Institute of Informatics and Systemics (IIIS). His scholarship has focused on fundamental theology, cybernetics, dynamical systems and computer and systems engineering (especially for safety and security). While a graduate student at MIT, Laracy’s research at the Complex Systems Research Laboratory was supported by grants from the NASA Ames Research Center and the National Science Foundation. As a systematic theologian, a significant part of Father Laracy’s research and teaching is focused on placing the Catholic intellectual tradition, especially theology, in dialogue with the sciences, according to a Seton Hall press release.

“A lot of what I envision us doing at the local level is building on his legacy of promoting a beneficial interaction between the Catholic faith and natural science,” said Father Joseph Laracy, president of the chapter. “Fortunately, Seton Hall is a Catholic university and we have great scientists, so it’s really a perfect place for Catholic scientists to be who they are and support and encourage each other.”