Reflections of a climate scientist 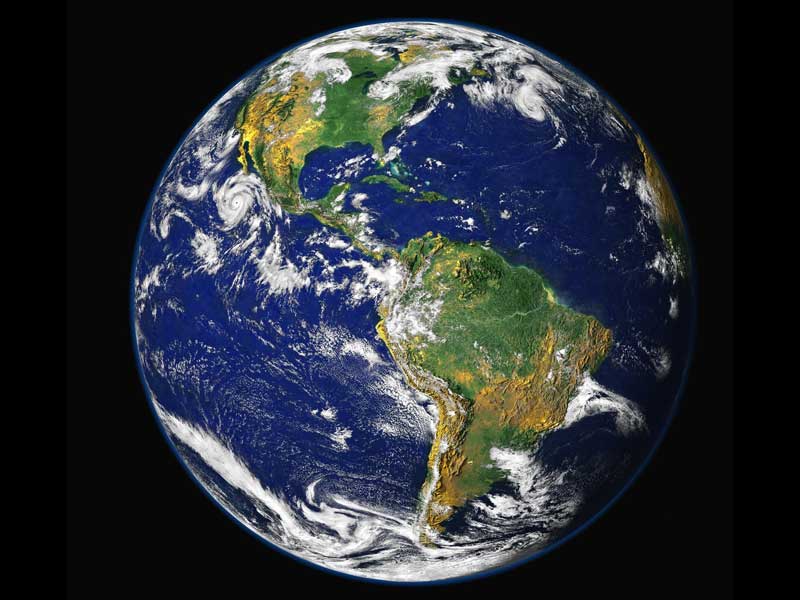 Photo by Pixabay via Pexels

Grace Wolf-ChaseGrace Wolf-Chase, Ph.D. is an astronomer at the Adler Planetarium and University of Chicago, and an Affiliated Faculty Member at the Zygon Center for Religion and Science. A member of the Milky Way Project and GLIMPSE360 science teams, she studies the early stages of star formation in our Galaxy through infrared and radio telescope observations. Wolf-Chase's principal outreach focus is on bringing the wonders of scientific exploration to non-traditional audiences, particularly diverse communities of faith. She also has written articles for the Clergy Letter Project e-newsletter: http://theclergyletterproject.org/.
Share
Tweet
Share
Pin

“I do not like the idea of starting a book and not getting to read the final chapter. At this stage in my life, though, I have to accept that the questions of the ultimate fate of our society, and the discovery of life elsewhere in the universe (a matter of when, not if, I am certain), may or may not be answered while I am still around to experience them. But to have the chance to live a life in scientific research during a time that saw the beginning of human awareness about both the effect we have on our own planet and the likelihood of alien biospheres, along with the creation of tools to begin to understand them and great colleagues with whom to share the journey, is consolation enough. Still … wouldn’t it be great to get to read the final chapter?”

– Excerpt from Anthony Del Genio: Climates of Planets Near and Far

The above quote was cited in one of NASA Astrobiology’s January feature stories, Using Climate Science on Earth to Understand Planets Beyond Earth. Del Genio is one of the founding leaders of the Nexus for Exoplanet System Science (NExSS), an interdisciplinary NASA initiative that brings together scientists working in the field of planetary habitability. Del Genio has been investigating how different a planet could be from Earth and still maintain liquid surface water that might be detected from light years away, by applying 3-D Earth climate models to other planets. Del Genio identifies this as the same problem as understanding the factors critical to climate change on Earth, as he reflects on the possible relationship between human impact on Earth’s climate and one of the outstanding unknowns in the Drake Equation.

In recent years, we’ve learned a lot about the diversity and ubiquity of planet-sized worlds orbiting other stars, but we have yet to discover unambiguous evidence of extraterrestrial life, let alone evidence of extraterrestrial civilizations. In the Drake Equation, the lifetime of technological civilizations is the factor that determines whether communication across interstellar communities can ever be achieved. One possibility is that civilizations such as ours destroy themselves on relatively short timescales. In fact, this has been proposed as a potential solution to the Fermi Paradox, which notes there has been ample time for a technological civilization to have arisen and colonized our entire Galaxy. Del Genio reflects on how thinking about other planets causes us to wonder “…whether in the long run our civilization will eventually figure things out and learn to sustain itself, or perish.”

I do hope our “book” has a happy ending. In celebration of Earth Day, some congregations should consider incorporating Zooniverse citizen science activities. Projects that involve identifying animals in images captured by remote cameras are particularly popular with children and make for great family interactions!

Here are direct links to four climate related projects (especially for those with children now learning at home):
SnapshotWisconsin.org, FloatingForests.org,  NotesfromNature.org, and PenguinWatch.org.

More climate-themed and other research can be found on zooniverse.org/projects.