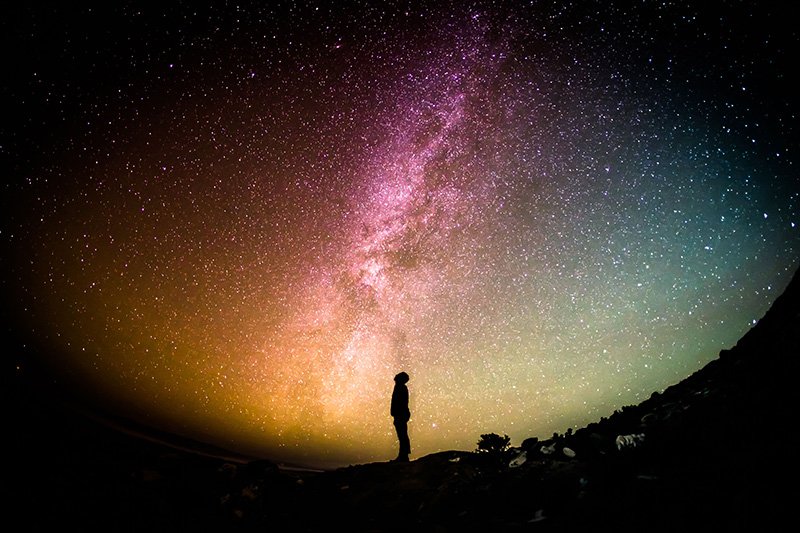 Photo by Greg Razoky via Unsplash

As many Covalence readers already know, our theological editor George Murphy is not only a frequent contributor to this newsletter but uniquely wears two hats — one of pastor and another of physicist.

While I have watched him jot down lengthy equations seemingly to pass the time over the years, one can say he is just as conversant in theology – making him uniquely positioned to give a theological spin to scientific insights.

Murphy was awarded a Ph.D. in physics from John Hopkins University for his work on general relativity, but 11 years later he was ordained and still serves from time to time in both Lutheran and Episcopalian congregations although he is now retired.

As he writes this month in his essay, “Fumbling after the mind of God: Scientific quests for the divine mind,” physics has its own unexplained theories and controversial views on the very fabric of the universe. As a pastor, Murphy has done much to dispel conflicting theological insights over the years even beyond the material he outlines this month that sparks healthy debate among physicists.

Planting one’s feet firmly on each side of the scientific and pastoral divide must provide some of the most fruitful insights for the rest of us.
He quotes the astronomer Johannes Kepler, who said he found the laws of planetary motion by “merely thinking God’s thoughts after him.”

But that line of course raises the question of how scientists, who are also Christian, may view their vocation. Do they silo off their work from their life in the congregation? Is it worth spending time musing over theological insights related to one’s research in the lab?

Murphy is not alone in being both a physicist and a leader in the church.
John Polkinghorne is also a theoretical physicist, theologian and an Anglican priest. He resigned in 1979 from this post as professor of mathematical physics at the University of Cambridge to study for the priesthood. He became an ordained priest in 1982.

He is well known for his books and writing on religion and science and won the highly regarded Templeton Prize for his work in 2002.

The lines of distinction between religion and science seemed clear for Polkinghorne.

“No other realm of human enquiry can present such a successively enlarging catalogue of successful agreed conclusions as that which science is able to claim,” wrote Polkinghorne. “Science has purchased this great success by the modesty of its ambition.”

He goes on to detail that science asks only the question of what the processes are by which things happen and not questions of whether there is meaning, value or purpose present in what is happening.

But he also went beyond this simplified concept to say that the “experience of long-term fertility of an insight” encourages sciences to take their discoveries with ontological seriousness.

He has reportedly said that moving from science to religion gave him binocular vision — but that he too understands how some may be suspicious of it just as they would be a “vegetarian butcher.”

The anthropic principle, which Murphy too outlines in his piece, is where the suspicion could easily emerge.

The principle is about the realization that theories regarding the universe’s existence are penned in to allow for human existence. For Murphy’s part he has outlined what he calls a “theanthropic” principle, which he cites in this month’s essay.

Polkinghorne writes that in examining the universe and its architecture, he sees more evidence that “the universe in some sense must have known we were coming.”

Now while such a statement may seem more philosophical than scientific, at its core is an idea that only a physicist turned priest could comfortably discuss in the public sphere.