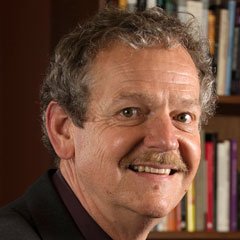 Claremont School of Theology in California has made headlines recently in its bid to grow its student population. Embarking on a unique endeavor to become a seminary not only for Methodist scholars, they are welcoming those from the traditions of Islam and Judaism.

The training of imams, pastors and rabbis under one roof though is only one of the ambitious endeavors underway at the school. Phil Clayton, Ingraham professor of theology at Claremont, has taken it upon himself to re-imagine the future of faith and has taken into this formulation molecular biology and neuroscience. The stakes are high and the time seems short for Clayton who has been following the New Atheists in their quest to prove that once science is understood it will destroy faith.

“Religion that would block or control the growth of science should be resisted,” wrote Clayton in a recent blog. “But it’s simply not true that science has dissolved any role for mystery.”

Growing up in an atheist household and the son of university professor, Clayton has seen the extremism that ultimately undermines faith firsthand, and it doesn’t come from a laboratory. He had a dramatic conversion to Christianity of a charismatic nature at age 14. It wasn’t until he entered Westmont College and began studying philosophy that his world broadened to include the viewpoint that it was not only okay to question one’s beliefs, but that forming questions were an important way of discovering the world. He later went on to earn a joint PhD in philosophy and religious studies from Yale University after graduating from Fuller Seminary with an emphasis on science and reason.

Now he is holding his own in the flourishing middle ground and encouraging liberal Christians who know that scientism is not the answer to the future of faith any more than fundamentalism is. His project called “Big Tent Christianity” uses the tent revival theme that flourished in the US in the 19th and early 20th centuries. The idea is to bring together Christians (particularly in the South) from differing denominations and break away from the denominational splits of old that in some ways have driven people away from the church.

If teaching, lecturing and blogging on broad issues concerning faith were not enough, Clayton is in the process of finishing chapters on molecular biology and neuroscience for a religion and science textbook geared to university students due for release next year. Much of his work recently has focused on the concept of emergence and applying this scientific theory to the religion and science interface. At a two-day conference last year at Goshen College in Indiana and as part of a series of lectures in Chicago on “What Makes Us Human?” last spring, Clayton discussed the scientific idea of emergence and what it says about humanity, ethical dilemmas and spirituality. Emergence can be defined as the idea that the natural world is more complex than the sum of its parts — meaning the whole is more than just the sum of its parts. It is the creation of complex phenomena out of simple building blocks.

“It is part of being human is to ask questions of ultimacy,” he says. “Even if we don’t get answers to these questions, it makes us better humans. So for [Richard] Dawkins to ask questions only science can answer is futile.” In Goshen, he ended his series of talks challenging the audience to think how religion and science can approach ethical dilemmas that our biology never prepared us for — bioengineering and prosthetics, merging of neurons and computers, technology and warfare, and robotics and transhumanism.

At the center of each of these timely ethical issues is the realization that there are some core issues that the religion and science community has yet to tackle fully. Clayton sees insecurity among Christians in addressing issues related to science. Then there are others who have decided not to look too close at science in the fear that their faith will not hold up. The need is for people who are eager to dive in to explore every aspect of their faith and explain it, according to Clayton.

There are a number of challenges that people of faith will need to address besides New Athiesm. One such issue is the growth of neuroscience, which is a branch of biology that studies the nervous system. While some of the discoveries have been amazing, it is also leaving some to claim that there is no soul that can relate to God.

Clayton finds the discussion of evolution and religion has also changed from that of a debate over whether evolution is real to a bigger dialogue of whether the evolution story can explain how religious belief arose and at the same time show why these religious beliefs are false.

Other issues are not so straightforward for the science establishment to discuss, such as the topic of miracles. For Clayton there is a belief that God can guide or can bring a divine lure that represents God’s providence and presence, without setting aside natural law. “I think we actually strengthen the church if we explore these questions,” says Clayton.

This idea of exploration is part of what Clayton sees as forming a “responsible faith for the 21st century.” Diving into a new way of affirming the resurrection of Jesus in light of science or looking more closely at the story of creation through the concept of emergence are just some ways he and other theologians are reimagining the story of faith.

While science is a useful tool to view the world, it does leave room for religious views and the ultimate reality that in God there is a hope beyond this world and within the world for greater understanding and good. It is Clayton’s hope that through the facts science uncovers, the questions philosophers ask and the knowledge of the faithful the future is a more inviting place.

Susan Barreto is a journalist who has been following religion and science since 2003 with articles appearing in various newsletters and The Lutheran magazine. She is also a deputy editor of a monthly hedge fund magazine owned by Euromoney Institutional Investor. Susan is a long-time member of Luther Memorial Church in Chicago, where she lives with her husband and two sons.