New book explores the intersection of religion and astronomy 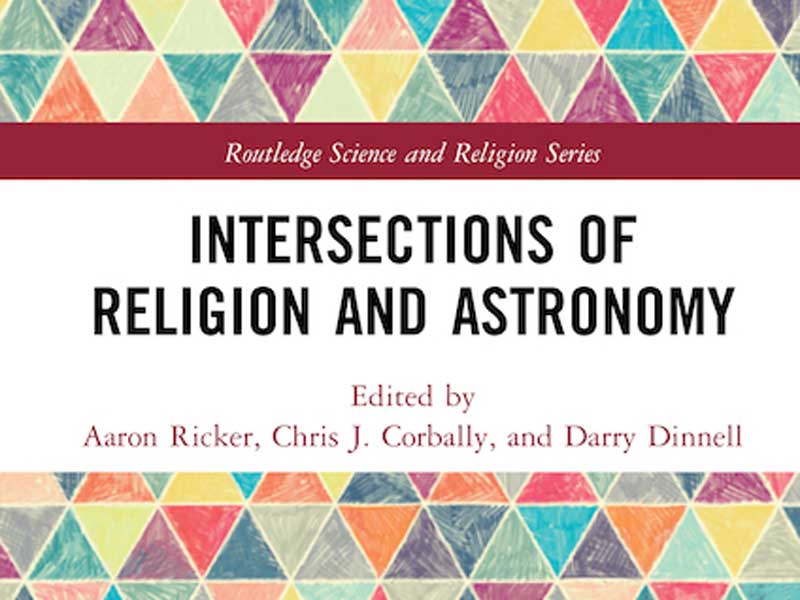 A book released early this year seeks to examine which cultural ideas about “the heavens” shape religious ideas, and vice versa.

Published by Routledge, Intersections of Religion and Astronomy, was edited and authored by an interdisciplinary team of scholars from around the world in a bid to offer readers a unique overview of how religion, science and our view of space have, and will continue to, impact worldviews. Together scholars and scientists reveal how religion and cosmology are intertwined.

Astronomer affiliated with the Planetary Science Institute (PSI) Grace Wolf-Chase contributed a chapter to the book. In her chapter, “Astrobiology, astroethics, and astrotheology in conversation,” she dives into a new brand of astrotheology aimed at making religious sense of the probability of life elsewhere in our universe.

Astrobiology is an interdisciplinary scientific field concerned with the origins, early evolution, distribution, and future of life in the universe. Astrotheology is a branch of theology that analyzes contemporary space sciences combined with classical religious doctrines such as the Biblical creation, while astroethics is concerned with considering the application of ethical principles to the space sciences, specifically in the search for extraterrestrial life.

“In my chapter I examine — and raise some questions relating to — these definitions/premises in light of our current state of cosmological/astrobiological knowledge, as well as different views on the value of human and non-human life on our planet. The search for, and possible discovery of, life beyond Earth has implications for our entire planet — human as well as non-human life,” Wolf-Chase said in a PSI statement.

“Ultimately, I think the major Earth religions will be able to accommodate the discovery of life elsewhere, if that should happen. Near the end of my chapter I point out, ‘If it turns out that humanity is one of countless civilizations in the cosmos, our perspectives on relationship and community will shape whether we see this as diminishing or enhancing the meaning of life on Earth.’”