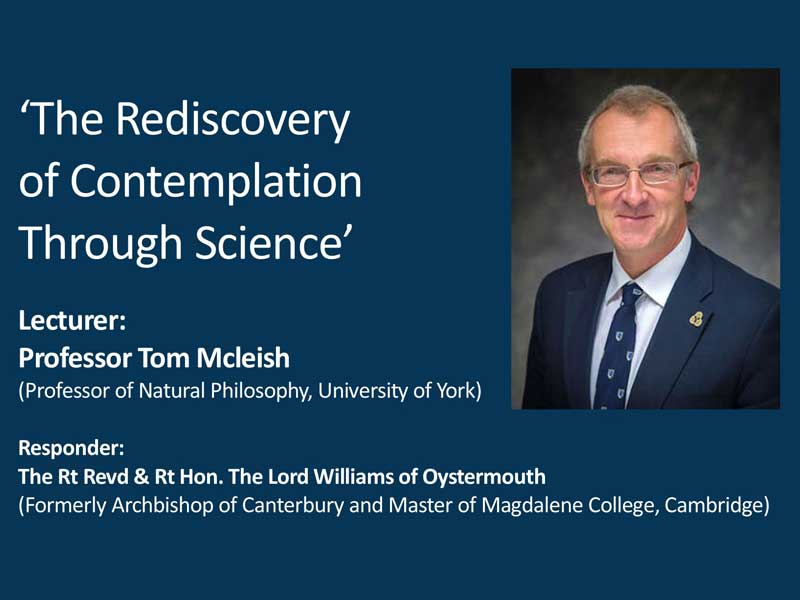 The U.K.-based International Society for Science and Religion recently held its 2021 Boyle Lecture, and due to the global pandemic, the event happened online and is now available on the group’s YouTube channel.

The 2021 Boyle Lecture was given on February 3 by Tom McLeish, professor of Natural Philosophy at the University of York and was on “The Rediscovery of Contemplation Through Science.”

The lectures have been ongoing for centuries and were endowed by Robert Boyle, a natural philosopher of the 17th century. The lectures were structured to showcase the relationship between Christian thought and emergence of science in European society.

McLeish, in a nod to the man whom the lecture series is named, said, “The pathological narratives of conflict and incompatibility around religion and science that have played out since Robert Boyle’s time indicate that we might have been looking the wrong way for over three centuries.” He discussed how the disciplinary boundary making needs to be done away in order to provide a more complete picture of the world.

As a theoretical physicist, McLeish’s interdisciplinary interests include the framing of science, theology, society and history and the theory of creativity in art and science. His recent books are Faith and Wisdom in Science (2014) and The Poetry and Music of Science (2019).