Astroethics: Toward a galactic common good 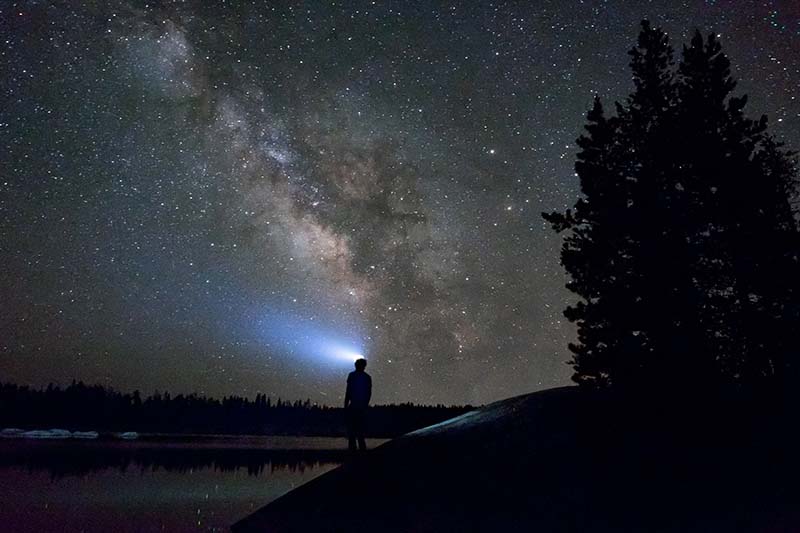 Ted PetersTed Peters is a pastor in the ELCA and Emeritus Professor of Systematic Theology and Ethics at Pacific Lutheran Theological Seminary in Berkeley, CA. He co-edits the journal, Theology and Science and is author of God – The World’s Future (Fortress, 3rd ed., 2015).
Share
Tweet
Share
Pin

Editor’s note: This is the second article in a two-part series on astrotheology. In the first installment we looked at the importance of this emerging area and how it is defined.

Our brave eco-theologians and eco-ethicists strive valiantly to persuade the peoples of our planet to transcend their respective ethnocentricities, to sacrifice their vested financial interests, and to overcome their respective nationalisms in order to embrace geocentrism. It is the planet, not the parochial interests of our neighborhood nor even our human species which is the object of moral action. Because all living things on Earth are connected, it is imperative that we pursue the health of the entire ecosphere replete with all life forms and the processes which support life.1Here is how the common good underlies today’s ecological discourse. The United Nations Framework Convention on Climate Change (UNFCCC) “concluded that 2o C of warming of warming cannot be considered safe and that less warming would be preferable….limit it to 1.5o C above preindustrial levels.” “We find substantial benefits to limiting warming to 1.5o C above preindustrial levels as compared with 2o C by 2100. The number of insect species projected to lose >50% or their range is reduced by about 66%, whereas the number of plant and animal species projected to lose more than half their range is reduced by  ̴ 50%. Hence, successful implementation of the Paris Agreement could lead to substantial global terrestrial biodiversity.” What is tacit yet decisive here is that this data as well as our moral imperative is planetary in scope. Guy Midgley, “Narrowing pathways to a sustainable future,” Science 360:6390 (18 May 2018) 714-715, at 714 It is the common good of Planet Earth that is the center of our moral concern in the wake of the environmental crisis. So we frequently think.

The geocentric transcendence of local-centric or anthropocentic moral responsibility relies implicitly if not explicitly on the common good. The U.S. Conference of Catholic Bishops seems to put no limits on the scope of the common good. “The Christian vision is based on the conviction that God has destined the human race and all creation for a kingdom of truth and life, of holiness and grace, of justice, love, and peace’.”2“Economic Justice for All: Pastoral Letter on Catholic Social Teaching and the U.S. Economy” (1986) §125. U.S. Conference of Catholic Bishops, http://www.usccb.org/upload/economic_justice_for_all.pdf.2 The common good further requires that the rich share with the poor. In its 1999 social statement, “Sufficient, Sustainable Livelihood for All,” the Evangelical Lutheran Church in America adds, “The rich are expected to use wealth to benefit their neighbors who live in poverty here and throughout the world.”3“Sufficient, Sustainable Livelihood for All” A Social Statement of the Evangelical Lutheran Church in America (1999) http://download.elca.org/ELCA%20Resource%20Repository/Economic_LifeSS.pdf?_ga=1.130908236.232821864.1462997417. The world? What about the poor beyond our world?

Let me ask: might we extrapolate a geocentric notion of the common good beyond Earth? If so, how far beyond Earth should our minds wander? The entire universe? Is it reasonable to hold that all things in the cosmos are sufficiently connected that we can realistically consider a commons? Yes, according to Mark Lupisella at NASA’s Goddard Space Flight Center. Everything in the entire universe is connected if for no other reason than to say it all evolved from one source, the Big Bang. Predicated on this past evolutionary connectedness, Lupisella proposes an ethic based upon a connection-action principle. “The connection-action principle…suggests that the universe’s fundamental property of connectedness is manifested as relations and action, and hence ultimately as creativity–potentially in ever increasing degrees.”4Mark Lupisella,2016) “Cosmological Theories of Value: Relationalism and Connectedness as Foundations for Cosmic Creativity.” The Ethics of Space Exploration (Heidelberg: Springer (2016) 75-92, at 89. Would this imply we have supra-galactic moral responsibilities?

Boston University theologian John Hart similarly believes that the entire universe is the domain for the common good. The cosmic commons is sacred, he says. This cosmic sacredness grounds cosmic ethics. “The sacred cosmic commons is a communion of commonses cosmically interrelated and integrated. It is stardust become spirit; it is atoms become life and thought, all in the presence of a transcendent-immanent, Being-Becoming creating Spirit.”5John Hart, Cosmic Commons: Spirit, Science, and Space (Eugene OR: Cascade Books, 2013) 15. Should we leap immediately from geocentrism to cosmocentrism?

I surmise that the cosmic commons is a kite that will not fly. All things are not connected, at least physically. This is due to the light year problem. The speed at which distant galaxies are moving away from us is so great that light cannot actually catch up. Plans — even only speculative plans — for mutual interaction between we earthlings within the Milky Way and extra-galactic stars would be futile. The absolute speed of light combined with such distances make this impossible.

More reasonable would be interaction within the Milky Way. Might it be fertile to introduce the notion of a galactic common good ?6Ted Peters, Martinez Hewlett, Joshua Moritz, and Robert John Russell, eds., Astrotheology: Science and Theology Meet Extraterrestrial Life (Eugene OR: Cascade, 2018) Chapter 23. The Milky Way contains 400 billion stars. Around most of these stars orbit multiple planets. A significant percentage of those planets are in the habitable zone and perhaps host life. Even within the Milky Way we still confront the light year problem, to be sure. Yet, we can reasonably imagine a signal beamed from Earth traveling at near the speed of light that communicates with an extraterrestrial civilization; and we could receive a reply within our lifetime. Or, maybe our grandchildren will have to answer our phone.

METI (Messaging Extraterrestrial Intelligence) International has begun transmitting.7METI International web site: http://meti.org/mission. Douglas Vakoch on METI Video. METI is inviting new space neighbors into a galactic club. Once in the club, might we find we have moral obligations worthy of discussion among our astroethicists?

Within our solar system astrobiologists are searching for microbial life. They expect to find primitive life on Mars or one of the Saturn moons, most likely Enceladus. When we confront that new life form, what will be our moral obligation?[8Ted Peters, “Stretching Twelve AstroEthical Issues Within Our Solar Ghetto to Address Warfare in the Milky Way Metropolis.” METI (2017); http://meti.org/blog/stretching-twelve-astroethical-issues-within-our-solar-ghetto-address-warfare-milky-way. Should we treat off-Earth microbial life as having prudential or intrinsic value?9Ted Peters, “Does Extraterrestrial Life Have Intrinsic Value? An Exploration in Responsibility Ethics,” International Journal of Astrobiology 17:2 (2018) 1-7; https://doi.org/10.1017/ S147355041700057X. https://www.cambridge.org/core/journals/international-journal-of-astrobiology/article/does-extraterrestrial-life-have-intrinsic-value-an-exploration-in-responsibility-ethics/5DCA161726CE8F4FC9E58EE8E6D04B81. May we run over it with bull dozers? Or, would it be moral to preserve or even enhance that life form?

The day of extraterrestrial ethical deliberation is just about to dawn. We have been striving to get beyond anthropocentrism to geocentrism, for good reason. Can we now stretch geocentrism to embrace a galactic common good? Even though today off-Earth moral issues are still speculative, they could become concrete tomorrow. Perhaps we should begin astroethical thinking today.